Travis won CBS’ national dog training competition, Greatest American Dog in 2008. He has appeared on many TV and radio shows such as:

He has also been featured in: 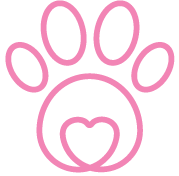